The media does a good job making fun of John Boehner. Deep down in our subconscious gratifications, poking fun at political candidates can be addictive—admit it. And yes, you’re right—everyone has the freedom to make fun of folks. But wait—only if it’s at the expense of someone else’s public reputation and not our own, right? Gotcha!

As a disclaimer, objective judgment and equanimity of thought act as two guiding torches of light from here on out. So, hold up your torch of objective reasoning. And let’s simply dissect this phenomenon the right way. Deal.

To make a case in point, the media frames sensationalistic perceptions about John Boehner’s character and ideologies all the time. And nope, don’t fall for that trap. I know what you are probably thinking:

No, I am not a Republican writing this solely on the purpose of defending another Republican, solely on the fact that we are both Republicans. Democrats fall for the same trap, too. But ugh, doesn’t that get old after a while? Nevertheless, let’s face it. Bonding with Boehner, or any political candidate has nothing to do with their political party. In essence, good humanity is not about judging people’s character just because they are Democrat or Republican.

Please my fellow reader, do not conform to the patty-cake, pre-packaged beliefs the media cooks up about what a true Democrat or a true Republican is. If you believe that only Democrats do this and only Republicans do that, then you have been tricked. This is a chronic case of ignorant judgement. This judgement stains our society’s means of aggregate reasoning and rationality. We will make ignorant, misinformed decisions about people every time if we cleave to the belief that political parties alone, ceteris paribus, are all we need to authentically understand a person’s character. Even John Adams, our Founding Father, realized the negative implications of relying on dividing political beliefs and people’s preferences into two separate parties:

“There is nothing which I dread so much as a division of the republic into two great parties, each arranged under its leader, and concerting measures in opposition to each other. This, in my humble apprehension, is to be dreaded as the greatest political evil under our Constitution.”

In actuality, Boehner is more open-minded than what left-wing media wants us to believe. Boehner is a yoga advocate, loves golf,  he’ll sob like a baby at the mutter of a sensitive topic, and his daughter married a Jamaican. Personal presumptions aside, isn’t this enough to at least infer that Boehner is not some callous, dismissive, separatist Republican that left-wing journalism wants us to assume?

In prime example, for anyone who still assumes Republicans are more separatist than Democrats and Democrats are more equalist than Republicans, let’s remember that Republicans were the first abolitionists—not Democrats. So clearly, don’t let the political party fool you. We don’t need to cleave to political parties. We need to cleave to objective analysis about people’s true character. We need to cleave to enlightened knowledge and objective reasoning. Knowledge and reasoning do not solely blossom from textbook content. Knowledge and reasoning transcend into every aspect of our lives, even when attempting to gain greater understanding about someone’s character. Just like Immanuel Kant acknowledged:

“All our knowledge begins with the senses, proceeds then to the understanding, and ends with reason. There is nothing higher than reason.”

With Boehner’s resignation as the speaker of the U.S. House of Representatives, everyone is speculating how and if Boehner will bond with the people. Will Boehner uncover the self-made, humanistic side of himself—the little John from humble beginnings who mopped floors at his family’s cafe? Or, will Boehner allow the media to overshadow this?

At the same time, there is no doubt about it that Boehner needs a team of individuals that know what they are doing in terms of truly representing who he is. Ignoring the public speculation is causing more negative implications for his reputation if anything. But independent of this, Boehner should not be afraid to share the humanistic side of himself that already illuminates through his personal and social influences.

Unfortunately, the rhetoric of left-wing journalism is smothering it. Not because it’s wrong or because it’s right. But because all media gatekeepers are guilty of tricking us into believing that sensationalism is substantial. Above all, a better point of focus answers the question:

Will we, as a society, allow the media’s tactics to manipulate and frame our ideologies of another person’s true character?

It’s time to go beyond politics.

And with respect to that beautiful torch of objective reasoning that we made a deal on earlier, let that torch of light shine forever. Promise?

Don't be too shy to have a stake in the conversation. We won't bite:) Cancel reply

Hey, I'm Destiny. I delight in keeping you informed, helping others, and tweeting with lots of emoticons! View all posts by Destiny Jackson 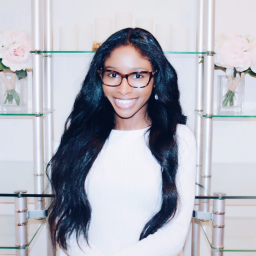 Hey there! I'm Destiny—a Finance, Management, and Public Relations college graduate. I invite you to join the conversation, all while gaining insight into my analyses, advice, and strategies. View my resume.